Home / Four HVAC Mistakes You Want To Avoid With Your System

Four HVAC Mistakes You Want To Avoid With Your System

As a homeowner, it is good to be familiar with the systems that run in your house; whether that is your heating and cooling system, electrical system, or plumbing. Most homeowners, of course, are not experts and can often get into trouble when attempting complex jobs on their own without the help or advice of a professional. Sometimes, ignoring maintenance or making small mistakes can result in bigger problems later that lead people to dread anything to do with their HVAC system. Here are a few of the common mistakes homeowners make when it comes to their heating and cooling.

Most commonly, homeowners will simply forget or avoid regular maintenance for their HVAC system. A lot of times it is simply putting it on the backburner and leaving it for the next month and the next and the next until it is too late. Another issue is when people haphazardly attempt to the routine maintenance themselves and don’t actually complete the job properly.

#2 Closing off rooms or air vents

Many people mistakenly believe that if they close the vents to one of the rooms it will increase the air circulation in the rest of the house. This is not exactly true with modern centralized systems. In fact, it can be detrimental to the system and have the opposite effect.

The system is designed with the air return vents, hiding them or blocking them will affect the ability of your system to function efficiently. When you block these it makes it harder for your HVAC system to cool or heat your home.

# 4 Choosing a System that is too Small for the Space

When installing a new system, people often insist on getting a small system to save a few bucks. Installing too small a system for the space will, however, cost you more problems in the future.

Go With The Pros!

In this DIY world, where a YouTube video exists for almost every activity under the sun, including the art of balloon animals, eye makeup, or pilates, you want to stick with the professionals when it comes to your HVAC system. Not doing so can have real consequences down the road and leave you in an unconditioned house, in summer, in El Paso. Not a good idea! Call Mech Tech today and we’ll take care of it.

REQUEST SERVICE OR INSTALL
Recent Posts
What Happens If an Air Conditioner Isn’t Used for Months at a Time?
The Importance of Well-Maintained Air Ducts
How to Properly Drain Your Water Heater
What You Need to Know About Air Filters for Allergies
What You Should Expect From a Commercial HVAC Company
Archives
Categories
Copyright © 2021 Mechanical Technologies. All Rights Reserved.
Request Service or Install 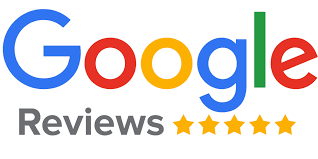